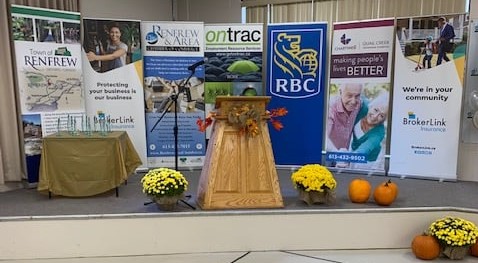 On Thursday October 21, 2021 the Renfrew & Area Chamber of Commerce hosted the Annual Community Awards Celebration to recognize businesses and individuals that have demonstrated outstanding customer service, community involvement and notable achievements. The awards celebration began with a social hour. The Master of Ceremonies for the evening was Tom Sidney and Carol-Ann Adams. “The Chamber is delighted to host this annual event which celebrates our outstanding community,” “Congratulations to all of the Nominees and Award Recipients.” 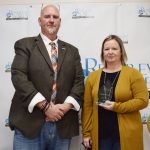 Renfrew Chamber president Tom Sidney presents the Youth of the Year award to Wendy Narezny, mother of Alexa who is at York studying film production. 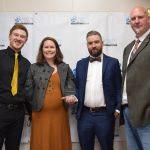 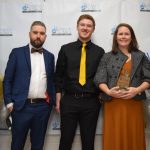 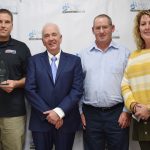 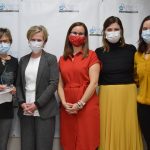 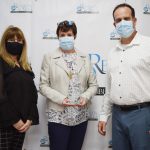 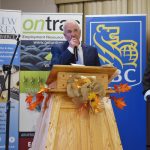 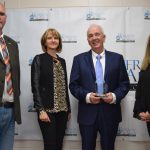 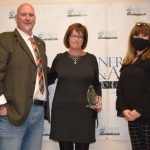 Julie Villamere, centre, of ontrac is the Chamber Member of the Year. 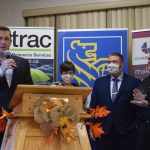 Christina Ouellet, left, and Ben Oakes, right, present brothers James, left, and Chris Briscoe of The Warehouse, with the BIA Member of the Year award 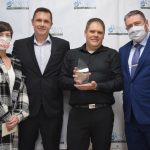 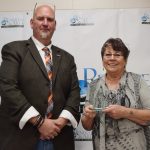